Michel le Bras at his high quality hotel restaurant in Laguiole south west France. He is a Michelin Chef well known for his quality food which is all organically produced and gathered selectively from the region. The accent on his hotel, the natural materials and conception, reflects the style of his food. he is concerned with the environment, ecology, good produce and excellent standards...Route de l'Aubrac, Aubrac - 12210 Laguiole, France..Perched on a hill-top high in the mountains of the southern Auvernge region of France, miles from anywhere, the unique restaurant and hotel of Chef Michel Bras is regularly full to overflowing. One would swear that this extraordinary chef had studied in Japan from his style of presentation on the plate and his spare artistry in designing his dishes. However, it is only in the last few years that he visited that country for the first time. Those who believe in re-incarnation claim he must have lived previous lives in Japan. Instead, he claims his influence is entirely from his mother's cooking, his abiding love of the wild flora that braves this harsh environment and his passion for the region and town of his birth, Aubrac and Laguiole respectively.. 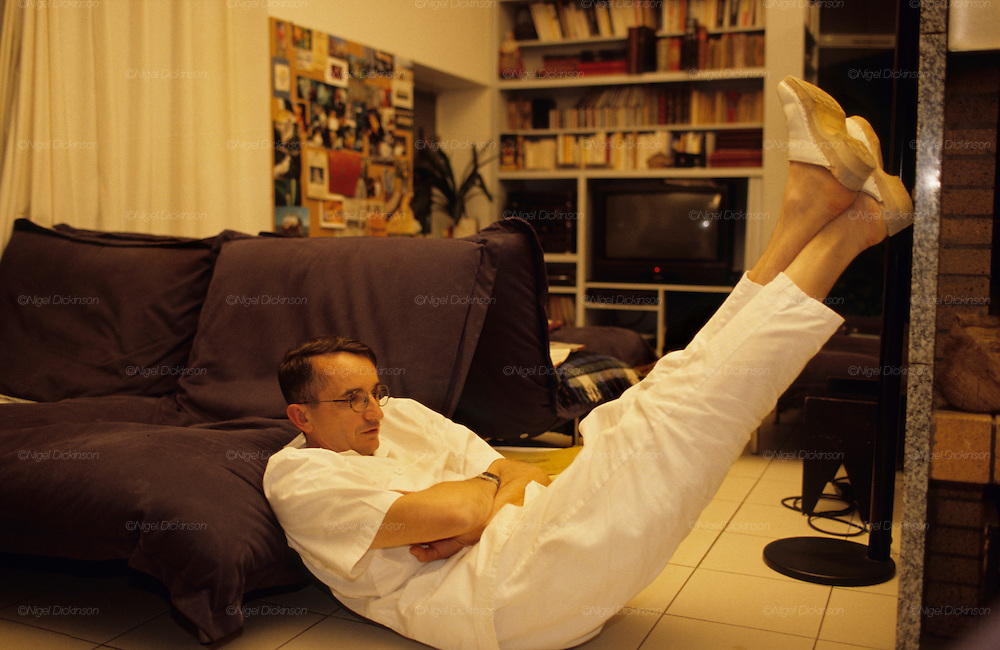