Generations, an old resistance fighter wearing a Penan headress and his grandson with an improvised newspaper hat. The Penan native people are learning to live a sedentary lifestyle which includes living in wooden houses, farming and fishing. They were traditionally nomadic hunter-gatherers. These days they have become forcibly settled as their hunting grounds have been largely destroyed by logging concessions and palm-oil plantations. 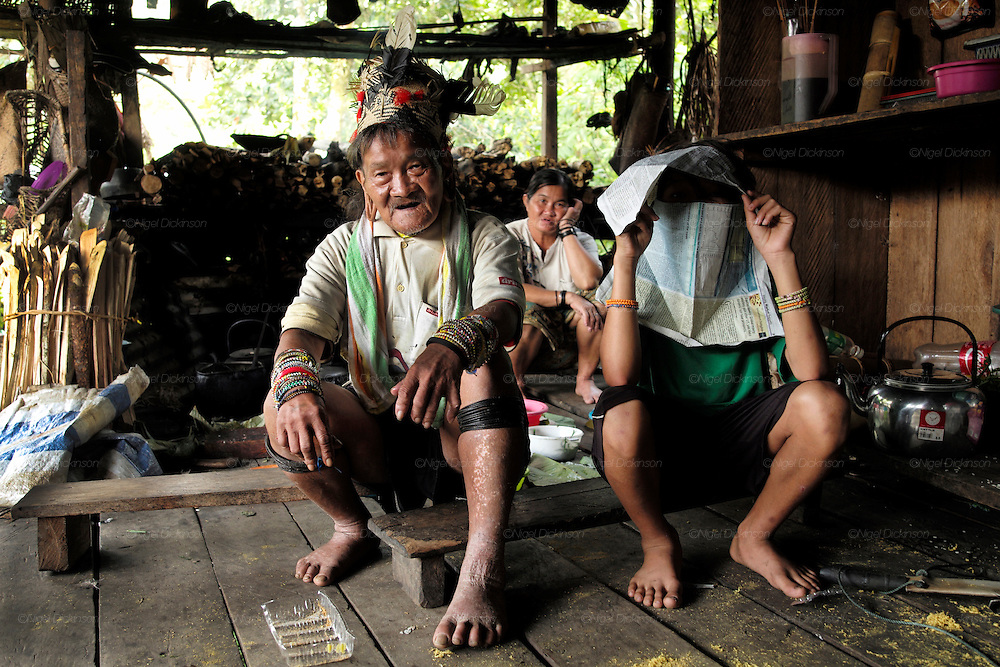