Penan elderly couple with cat, the man still wears the old style chawat loincloths. They where nomadic a few decades ago. The Penan native people are learning to live a sedentary lifestyle which includes living in wooden houses, farming and fishing. They were traditionally nomadic hunter-gatherers. These days they have become forcibly settled as their hunting grounds have been largely destroyed by logging concessions and palm-oil plantations. Long Napir, Limbang, Sarawak Malaysia 2015 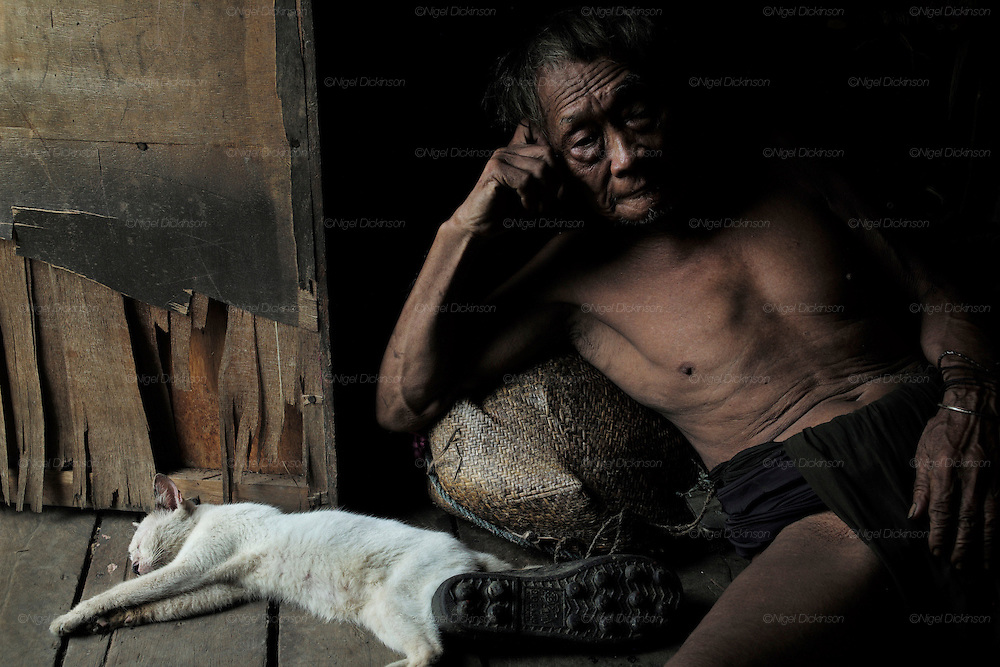