Fontenay sous Bois outside Paris; a Paris suburb which has a history of violence against women. The Banlieu suburb is on the east of Paris near the Bois des Vincennes woods. Two women now in their twenties said that as teenagers they had endured months of almost daily gang-rapes by scores of men in Fontenay-sous-Bois. Ten French men have been acquitted and four have received short sentences over the gang-rape of teenage girls. The case was seen as the tip of the iceberg of a wider problem of gang-rapes by youths on poor estates. Many women don't feel safe in these places. Paris suburbs, Banlieu, Ile de France, France///Women at doorways to apartments in Fontenay-Sous-Bois 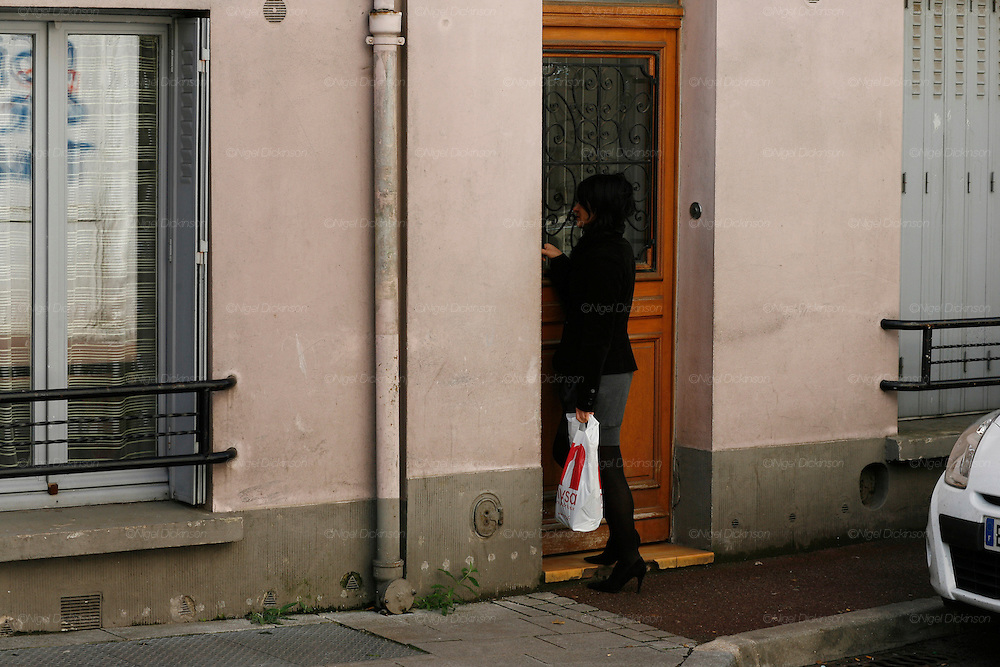