Three rivers converge from India, Nepal and the Himalayas. Bhutan relies hevily on the export of hydro-electric power. Paro, Bhutan..Bhutan the country that prides itself on the development of 'Gross National Happiness' rather than GNP. This attitude pervades education, government, proclamations by royalty and politicians alike, and in the daily life of Bhutanese people. Strong adherence and respect for a royal family and Buddhism, mean the people generally follow what they are told and taught. There are of course contradictions between the modern and tradional world more often seen in urban rather than rural contexts. Phallic images of huge penises adorn the traditional homes, surrounded by animal spirits; Gross National Penis. Slow development, and fending off the modern world, television only introduced ten years ago, the lack of intrusive tourism, as tourists need to pay a daily minimum entry of $250, ecotourism for the rich, leaves a relatively unworldly populace, but with very high literacy, good health service and payments to peasants to not kill wild animals, or misuse forest, enables sustainable development and protects the country's natural heritage. Whilst various hydro-electric schemes, cash crops including apples, pull in import revenue, and Bhutan is helped with aid from the international community. Its population is only a meagre 700,000. Indian and Nepalese workers carry out the menial road and construction work. 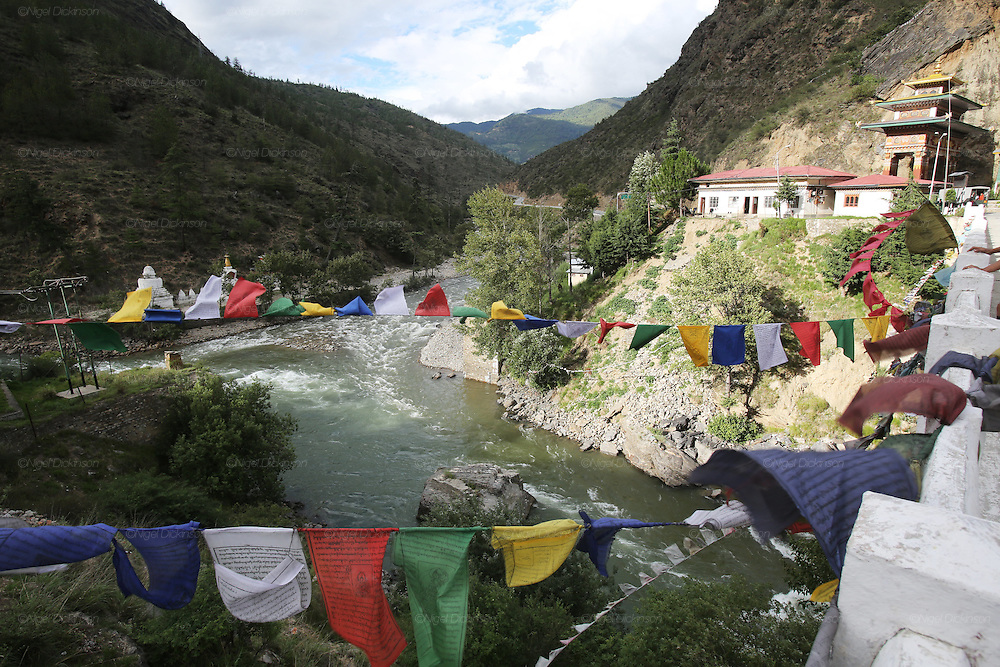